How to Choose the Best Bitcoin Wallet - Financial Analyst Insider
This article may contain affiliate links to products from one or more of our advertisers. Click here for our Advertising Policy.
1 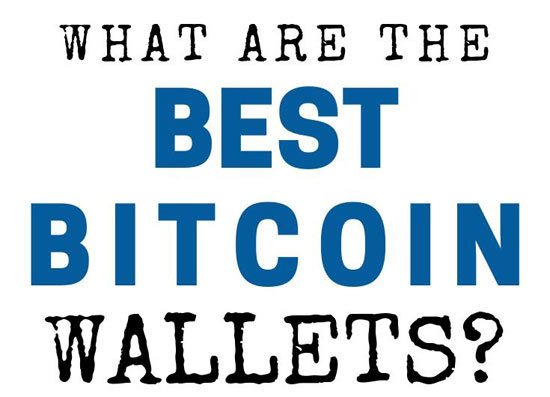 Bitcoin is one of the most popular digital currencies on the market today. It is a form of cryptocurrency, which is a decentralized payment method that uses a technology called blockchain.

Blockchain makes your currency more secure and democratized, meaning that Bitcoin has private keys that store your Bitcoin address to stay safe and anonymous. Your public keys are for you to receive transactions, and they change every time you make a new transaction. These private keys are securely stored in a bitcoin wallet.

What is a Bitcoin wallet?

A Bitcoin wallet comes in different forms, and it stores a person’s private keys either online or offline. We will be discussing hardware Bitcoin wallets today, which are one of the most secure way of storing your Bitcoin.

Instead of being a digital solution, a hardware wallet is a physical object that can look similar to a USB flash drive or an external hard drive. Its main role is to store your private keys in its hardware, and it’s actually the most secure way of storing your Bitcoin.

Bitcoin wallets can be used securely and interactively, and they’re also protected against any computer viruses. Your money will be safe in a hardware bitcoin wallet, and it’s the ideal way to keep your Bitcoin portable and accessible wherever you go.

Why get a hardware Bitcoin wallet?

You might wonder why specifically a hardware Bitcoin wallet might be better for you than alternative types of wallets. There are two main advantages for their hardware technology: independence and offline storage.

By using a bitcoin wallet, your personal bitcoin key stays in your hands. Meanwhile, online wallets require you to keep your keys on a third-party crypto exchange.

The largest cryptocurrency exchanges have significant security, but there is always a small risk that your personal key could be compromised when housed on an online exchange. By holding your keys in an offline wallet, this adds an additional layer of protection and security.

Offline hardware wallets also provide protection from viruses. The lack of an online presence prevents them from being attacked by viruses online or hacked through any sort of internet connection.

How to use a Bitcoin wallet

Different Bitcoin hardware wallets have different features, but the gist of them is mostly the same. You plug your hardware wallet into the computer and use the buttons on the device to move through menus and confirm a selection.

Most protect you with a passcode that you select, which only protects the device itself, but you’ll also be prompted for a password when you open the ledger screen. The ledger screen is a platform that allows you to enter data or recall transaction history for your Bitcoin.

During set-up, you’ll receive a recovery phrase that’s 24 words long. It allows you to access your coins if you ever lose your real Bitcoin wallet, so it is important to write it down when you get it.

Next you’ll set up your Bitcoin wallet file once you walk through the installation process, and you’ll be set!

How safe is Bitcoin?

Many might wonder if using a Bitcoin wallet is safe, but as we’ve mentioned, a hardware wallet is the safest type of wallet.

There are several best practices you can take to protect your wallet, many of which are similar to the way you would protect your own everyday wallet or purse you carry cash in.

The Nano S is one of the most popular hardware wallets out there on the market, selling over 1.4 million units worldwide. Its security is top of the line because your private key is in a secure dual chip, and it’s designed to resist high potential attacks. This wallet is tamper proof, and you don’t need an extra security chip sticker.

The Ledger Nano S supports over 25 cryptocurrencies, including Bitcoin, Ethereum, Ripple, and Altcoins, so you can manage different types of assets in one wallet. The hardware wallet is easy to use because it only has two buttons, and you can see and verify all actions taken on the screen of the device.

The Trezor Model T wallet uses cutting edge technology to store your private keys to all your cryptocurrency. Besides protect you from any hackers, bots, or malware, the Model T is also a password manager that lets you generate and store passwords on your device for other accounts.

It’s a hardware wallet that is designed with a touch screen and intuitive interface, so you can interact directly with the device and approve any settings and changes made.

The Model T is one of the easiest, fastest wallets to set up. In three easy steps, you’ll be able to start using the Model T wallet. All you have to do is connect your wallet to your computer, open it in your browser, and then follow the sign-up instructions on your computer.

Another product by Ledger, the Ledger Nano X is the next generation of best cryptocurrency hardware. Similar to the Ledger Nano S, it includes a secure chip shielded against attackers, and it’s a portable, simple, and convenient solution to your Bitcoin basics.

The Nano X is incredible for storing over 1,100 assets, and you can install up to 100 applications on just one Nano X at a time. The Ledger Nano X can also be managed using the Ledger Live app from your phone or computer. This app allows you to manage 22 coins in one place, and it’s Bluetooth enabled as well to establish the connection with the app.

The Trezor One is a Bitcoin hardware wallet and password manager that should also be on your consideration list when buying a Bitcoin wallet. It’s a light, compact device that’s universally compatible with Windows, macOS, and Linux, and it connects with your computer through USB.

Like the Trezor Model T, you can set up the One in minutes in a process that’s private and registration-free. It has a screen and two action buttons to make your selections and confirm any of the actions you want to take.

The screen lets you see up to six lines of text, so all your information can be on one simple screen. By far, the Trezor One is one of the best starter Bitcoin wallets because of its ease of use and large display.

Finally, for a private key backup tool for your cryptocurrency wallets and passwords, the SteelWallet works with popular wallet brands such as Ledger and Trezor and backs up your wallet in a steel case in case something happens to it.

It is compatible with cryptocurrencies and altcoins, such as Bitcoin, Ethereum, Litecoin, Dogecoin, Ripple, Monero, Neo, and more.

This wallet is indestructible because it’s made of stainless steel, so it is fireproof, waterproof, shockproof, and even hacker-proof. This strong backup wallet is so you can keep your keys and phrases in one spot, so you can access your Bitcoin in case of emergency.