Bitcoin Mining Guide: Best ASIC Miners - Financial Analyst Insider
This article may contain affiliate links to products from one or more of our advertisers. Click here for our Advertising Policy.
2 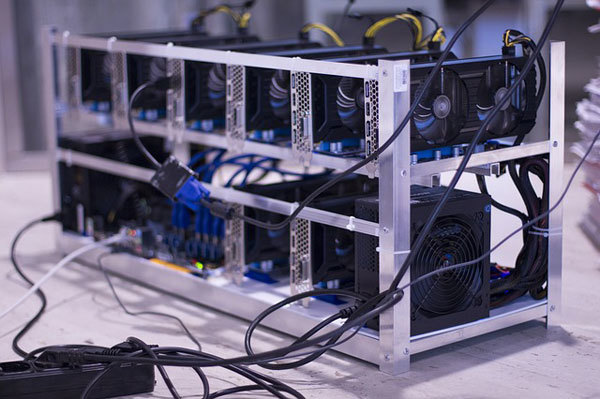 If you’ve recently entered the cryptocurrency scene, you’ve likely encountered a lot of talk about “mining.”

That word might conjure images of pickaxes and coal carts, and in fact, mining does bear some resemblance to looking for precious metals underground.

For example, like the limited supply of gold, all the Bitcoins which will ever exist are already built into the protocol.

Mining allows new bitcoins to be gradually “discovered” over time, instead of printed by a treasury.   There will only ever be a finite number of Bitcoins–21 million to be exact–and they should all be in circulation by around 2041.

How does Bitcoin Mining Work?

Mining does more than regulate new coins. Bitcoin and altcoins are peer-to-peer transactions.  The transactions occur on cryptocurrency exchanges in which there is no central authority like a bank or government regulating transactions.

It does this by keeping a decentralized record of transactions in multiple places at the same time so that no one can spend the same money twice or change past records.

In order for this to work, multiple parties have to confirm each transaction and broadcast them to the network.

These parties, called “nodes,” are powerful computers around the world which use Bitcoin’s software to confirm and broadcast Bitcoin transactions as they happen.

These nodes communicate with each other (imagine a giant web of connectivity) to relay and confirm information. Some of them also work to group new transactions together into blocks, which are linked together into what is called the “blockchain.”

Nodes would have no reason to work in the service of the network without a reward. So, Bitcoin incentivizes participation with mining bounties.

Every time a new block is created, the first node to confirm the block is rewarded with a small amount of Bitcoin (currently 12.5 coins, worth just over 150k USD at the time of writing).

They are also compensated with the fees each user pays per transaction to use the network (still typically lower than a credit card charges).

The block bounty will halve every two years to ensure that the supply of Bitcoin is doled out at a regular pace (it will be 12.5 until 2020).

How Hard is Cryptocurrency Mining?

It may sound strange at first, but bitcoin mining becomes more difficult over time.

In other words, it’s much harder to mine bitcoin in 2018 than it was in 2009.  Mining nodes compete with each other to be the first to complete a block of transactions to add to the chain.

Doing so requires solving a math problem–essentially, guessing a random number–and that answer is sealed in with the block.

Once complete, the successful solution is broadcast to all the bitcoin miners, who move on to the next block’s problem immediately. The more nodes competing to make a block, the harder this problem gets, which ensures that the average time to make a new block stays constant at about ten minutes.

More miners competing means more computing power dedicated to solving the problem and faster solving times. Every two weeks, the system counteracts that effect by readjusting the difficulty of the mining problem.

Successful mining is determined by chance and by computing power. The more calculations your computers can process per second, the luckier a miner you become.

Unsurprisingly, those who can concentrate their computing resources and run many computers on multiple networks at once are more likely to successfully “mine” Bitcoin.

Bitcoin mining is intended to be difficult and resource intensive and to become increasingly so over time. In 2009, there were barely any people competing to win problems, so it was possible to use a desktop computer’s CPU to mine Bitcoin.

Today, however, it would take a solitary desktop computer almost 2.7 million years to solve a single block.

Hardware Required to Mine Bitcoin

The difficulty and resource-intensive nature of mining has led to two outcomes.

A number of independent manufacturers have created hardware specific to bitcoin mining.

These Application-Specific Integrated Computers (ASICs) are much more efficient than graphics cards or CPUs and are virtually a prerequisite of individual entry into bitcoin mining in 2018.

To start your own mining rig, you will likely also need to purchase a dedicated power supply (PSU), and potentially fans or other methods of cooling your rig.

Many miners have banded together into mining “pools” in which multiple people work together to mine, increasing the chance that someone in the pool will successfully solve the math problem.

If one person in a pool is successful, they then share the bounty with others in the pool according to their contribution. This increases the likelihood of seeing any profit, but also reduces the amount you’ll individually receive since you’re now sharing the bounty with many other people.

Instead of setting up their own rigs, some have opted to try “cloud mining,” in which they purchase shares in off-site computing locations.

This reduces energy costs and equipment issues; instead of buying ten computers to mine Bitcoin in your garage, you can rent someone else’s server bank temporarily. You can also stop mining at any point without losing any money.

However, it’s also an industry prone to fraud and it tends to reduce profit margins (since you’re paying a middleman for a service).

How to evaluate ASICs: Hash Rate, Efficiency, and Price

Assuming that you still want to set up your own rig to mine Bitcoin, the three most important metrics to consider when purchasing are hash rate (measured in TH/s), electrical efficiency (W/Gh) and price.

The hash rate measures the number of hashes per second that the miner can make. Clearly, a higher number here is better, since more “guesses” per second means a higher chance of mining success.

Electrical efficiency (measured in W/Gh or it watts) is another important number; look for mining units with a HIGH Th/s, but a LOW w/Gh or watts.

Price varies from a few hundred dollars to several thousand, and the most popular units often go out of stock.

A higher initial investment often actually means cost-effectiveness down the line, since more expensive models tend to also be more energy efficient, and utility costs are a major overhead cost for cryptocurrency mining.

While this article focuses on Bitcoin as the most popular example, ASICs also exist for a number of top altcoins, many of which may offer better ROI due to less competition.

Bitcoin uses a SHA256 cryptographic algorithm, as do several altcoins. ASICs set up for this specific algorithm could work with Bitcoin or other SHA256 altcoins.

The Antminer S9 is currently the most efficient hardware model. It’s produced by Bitmain and is currently seen as the market “benchmark” for other miners.

Antminer’s hash is 13.5, and it uses 1,375 watts.  The manufacturer updates the S9 regularly, but it is also regularly out of stock due to demand.

The AntMiner D3 is ONLY designed to mine dash (NOT bitcoin). It is a very efficient option for mining dashcoin, with a 19.3 hash and requiring 1200 watts.

This machine makes a lot of noise and some users have reported mechanical issues.

The AntMiner T9 is an earlier option produced by Bitmain. It’s a bit less expensive but also less efficient (10.5 hash and 0.136 w/gh). This could still be a good, reliable option if your electricity is cheap and the S9 is out of stock.

Even using dedicated hardware, cryptocurrency mining is an uncertain and volatile market. Some of the challenges that will directly determine potential profits from bitcoin mining include:

If you just want to own Bitcoin, the best way to do that is to purchase them directly through an exchange and hold it in a cryptocurrency wallet.

However, though difficult, it is still possible with significant initial investment for an individual to break even by mining Bitcoin themselves. Doing so requires the most efficient hardware you can acquire at your budget.