8 Top Altcoins and How to Evaluate Them - Financial Analyst Insider
This article may contain affiliate links to products from one or more of our advertisers. For additional information about our Advertising Policy, click here.
2 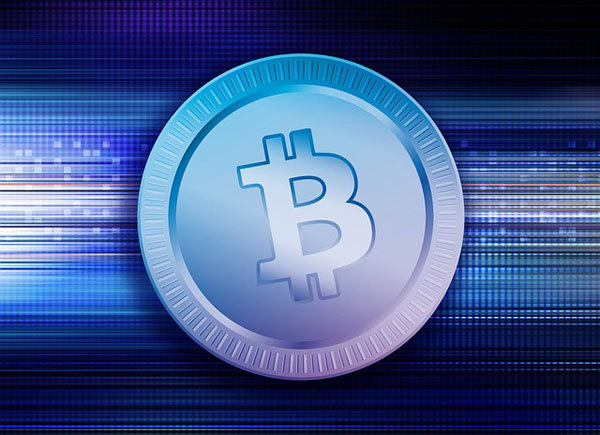 The word “Altcoin” refers to any alternative coin to Bitcoin. This category technically includes industry giants (or “major altcoins”) like Ethereum and Litecoin, but it’s usually used to discuss newer, smaller cryptocurrencies.

While no coin has yet threatened Bitcoin’s market share, there are already thousands of alternative virtual currencies and blockchain-based services.

Many of these altcoins compete with Bitcoin directly by improving on its functionality. Others use entirely different mechanisms to support services or allow other applications to be built on top of them.

Though developing rapidly, cryptocurrency is still in its infancy. This means that the current moment is both a risky and a rewarding time to be investigating new and innovative altcoins.

A word of caution

However, it’s also easy to lose everything you invest overnight.  See our Bitcoin vs Altcoin article for additional context.

No one can predict how an individual coin will perform in the future. While the best coins could eventually outcompete Bitcoin, many more will fail, or worse: serve as fronts for pyramid schemes.

ICOs (initial coin offerings), unlike IPOs, are not regulated by any central authority. While many ICOs are legitimate, there have also been at least one hundred known ICO pyramid/Ponzi schemes since 2009.  This Reddit thread keeps an ongoing list.

For example, in 2017, a Bulgarian-developed “altcoin” called OneCoin attracted millions of dollars in investment, outperforming many contemporary successful ICOs.

It was advertised as an alternative to Bitcoin, but in fact, its only “blockchain” was a poorly-constructed Excel spreadsheet. Still, OneCoin’s developers got away with nearly half a billion dollars before they were shut down.

Even reputable altcoins see extreme volatility: a coin could easily crash from $500 to $.50 the day after you bought it, or the reverse.

The takeaway here is that diligent research is necessary before buying any altcoin, and you should never invest money in altcoins that you can’t afford to risk or potentially lose.

If you are considering holding altcoins, we also recommend using a Bitcoin Wallet for added security.

Some important considerations when buying altcoins include:

Let’s see how these questions work in practice by applying them to a well-known cryptocurrency. I’ll walk through each step with Ethereum, (ETH) the #2 cryptocurrency by market cap when this article was originally written.

Ethereum is perhaps the best example of innovation on Bitcoin’s functionality. Bitcoin’s code only supports its use as a distributed currency. Ethereum, meanwhile allows for the development of unlimited applications and “smart contracts” using its code.

A “smart contract,” made using Ethereum guarantees that an agreement will run as it is initially defined. Because it’s supported by the blockchain, smart contracts can’t be altered or interfered with or censored.

The individuals involved are anonymous, but the contract is public record. Freelance escrows, business deals, or bounties for solving a problem are all potential applications of this, and multiple third parties have used its code to launch their own initiatives.

Ethereum has gone through one major fork, and is actively being adjusted in response to market demand; already, a major shift has occurred to a POS method instead of POW.

By early 2017, only one year after its current working version was released, Ethereum reached a daily volume of 450 million USD.

In March 2017, the Enterprise Ethereum Alliance (made up of over a 100 startups, research groups, and Fortune 500 companies, including Intel, Microsoft, Cornell, Cisco, and MasterCard) was founded.

Ethereum continues to have a solid reputation and there is interest in developing it from a variety of public and private sectors. In 2017, it grew by 3,000%, and its value in early 2018 appeared to gradually detach from Bitcoin’s.

Ethereum is nearly as widely available as Bitcoin and can be purchased with USD at most online cryptocurrency exchanges.

The remainder of this article will describe some defining features of seven other top altcoin options to help you in your research.

CoinMarketCap provides much of the financial information necessary to evaluate an altcoin; forums like Reddit and major cryptocurrency news outlets can provide information on a coin’s industry reputation and the amount of interest it has generated.

It’s always a good idea to confirm any information by looking at multiple sources.

Ripple is currently #4 by market cap and it is another block-chain cryptocurrency focused on supporting transactions and international currency exchange.

Ripple’s defining feature is that its transaction consensus process doesn’t require mining. This makes it faster and cheaper to process transactions with Ripple than with Bitcoin.

Like Ethereum, it’s available on all major trading platforms, but one coin is currently worth only about 1 USD, giving Ripple investors a lower barrier to entry.

Litecoin also aims to compete with Bitcoin. Its main advantage is speed: while both Bitcoin and Litecoin can technically complete transactions instantly, it takes time to confirm them; with Bitcoin, it is necessary to wait at least ten minutes between transactions.

Litecoin takes roughly a fifth of that time (according to bitinfo).  It may also be more scalable than Bitcoin for this reason.

For more information, see our list of the Best Litecoin Wallets.

Iota, though also a decentralized cryptocurrency, is unique on this list in that it does not rely on a blockchain. Instead, it uses a “tangle” or a decentralized ledger without blocks.

Because of this, there are no ASIC Miners competing for rewards, no transaction fees, and an unlimited transaction rate.

This means that scalability isn’t an issue, and that it’s possible to spend tiny amounts of currency in one transaction (known as nanopayments).

Iota’s “tangle” aims to allow businesses (especially those in the Internet of Things space) to efficiently share any and all technological resources with each other in an open market.

Up and Coming AltCoins

The idea behind steem is a social media/online blogging platform powered by the blockchain. Users are rewarded for posting content on Steemit, the online platform, and then can redeem what they earn for increase posting power on the site, or eventually cash out into USD.

The way this actually works has been questioned; vote gaming, site itself still on beta-test mode, and it can take weeks for new users to be approved (they start out with 25 Steem in the account).

However, the idea is very popular and the coin has been growing steadily in value since it’s development.

Siacoin aims to be the first decentralized cloud storage network; in other words, it’s the blockchain version of Dropbox.

Siacoin leverages unused storage space from around the world to create a secure and lower-cost marketplace for storage than is currently available with centralized models.

Golem, in some ways similar to Siacoin, wants to create a globalized, decentralized super computer accessible to anyone. It combines the powers of all users’ machines, from PCs to data centers.

Ark also uses a blockchain model but enables them to “fork” or split indefinitely, connected by “smart bridges,” unlike other cryptos, which once forked, are now two separate currencies.

With Ark, anyone can build a “fork.” For example, banks could all create their own blockchains to secure client accounts, and then use Ark’s “smart bridge” technology to transfer between accounts within each branch.

Ark also uses a delegated system for proof of work in which elected delegates seal blocks, instead of everyone in the world competing to do so. This makes Ark both more energy efficient and faster than Bitcoin.

This article is not intended to be taken as investment advice, nor is this list by any means exhaustive. In fact, there are many promising altcoins omitted from this article for the sake of space.

Many altcoins increased by several thousand percent in 2017; it is possible that 2019 will see similarly meteoric returns for early adopters of winning altcoins.  It’s also possible that changes in regulations will lead to a large crash in prices.

Of course, there will be winners and losers on any list, and altcoins are certainly a very risky investment. However, this is also a time of exciting possibility and innovation. Altcoins can be more accessible to new or small traders, since their lower value also lowers the barrier to entry.

They also often represent the most cutting-edge and innovative technology, offering an exciting way to get in at the ground floor of an emerging and potentially incredibly disruptive technology.

A smart altcoin strategy is to research new coins diligently and only invest with money that you can afford to lose.  We also recommend reading cryptocurrency books for additional information.