How to Budget Your Money Better than Me - Financial Analyst Insider
This article may contain affiliate links to products from one or more of our advertisers. Click here for our Advertising Policy.
0 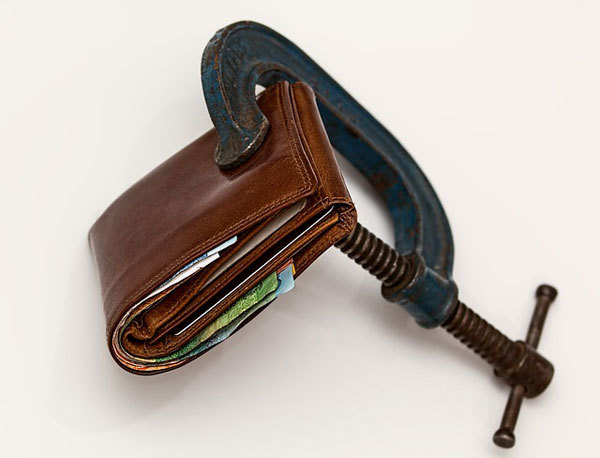 How to Budget Your Money Better than Me

I graduated college in 2002.  I managed to miss the signing bonuses and multiple job offers my friends juggled if they were lucky enough to graduate during 2000 or 2001.

The Enron scandal materialized and Alan Greenspan’s successive quarter point interest rate increases finally managed to pop the dot.com bubble and the job market just in time for me to graduate.

With a lot of extra hustle and a little luck, I was able to scrounge up two job offers during the summer after I graduated.  The first offer was a subprime mortgage company, something no one was familiar with at the time and answering the phones at a large mutual fund company.

Neither job was ideal and unsurprisingly neither job was offering much money.  Before I knew it, I started funding my budget shortfalls with a credit card.

Why Do Expenses Always Rise Faster than Income?

I didn’t receive my two job offers until after I graduated.  The subprime mortgage job actually sounding pretty interesting until I read enough to fully understand how the subprime segment of the market worked.

Even though the subprime job was paying $4,000 more than the large mutual fund company, I decided subprime wasn’t a good choice and took the lower paying job in hopes that I could eventually work my way up that business and transfer from the phones into a financial analyst role.

At the time I was just happy to have a job.  The job market was pretty weak so anything was better than nothing.  I was living in an apartment and I had two roommates that were friends of mine from college, so my rent really wasn’t that expensive.

Since it was my first job, I decided I wanted to frivolously spend 100% of my first two paychecks.  With all those finals and studying from the last year of college, I figured I might as well have a little fun.

At the end of that first month, I was eating dinner at my parents and my dad asked me if I started keeping a budget.  My blank expression provided my answer, so he pulled up a simple budget from Yahoo Finance.

You just input your annual income and zip code and it spit out a hypothetical budget that included monthly spending for general categories like food, rent, and entertainment.

It looked simple enough, so I input my salary and zip code and hit enter.  When I looked down at the bottom of the budget, I noticed I bright red color.  Apparently my income wasn’t enough to cover the average expenses of someone living in my zip code!

Solving a Problem by Ignoring It

Rather than start an actual budget, I figured I could just keep an eye on my expenses and just consciously try to not to spend too much.  Besides I had better things to pay attention to like the freedom of having a car and my own money to spend.

It only took about 3 or 4 months, but I noticed the cash left over in my checking account at the end of the month quickly stopped being enough to fully cover my credit card bill.

So rather than pay the credit card off in full, I started paying 90%, then 80%, and during one month, I noticed I barely had enough to cover the minimum payment on the credit card.

I spent the last four years studying finance in college, so it was about time to recognize that I needed to sit down and figure out a real budget.

Unfortunately, back then, there weren’t any simple budgeting apps like Mint that you could easily download on your phone and automatically categorize your expenses within a few seconds.

The best I could do was to build an excel spreadsheet by hand and manually create spending categories.  After I lined up the expense categories, it was pretty easy to see that I needed to cut back spending as much as I could so I could pay down as much credit card debt each month as I could.

Steps I took to Pay Off Credit Card Debt

When I first looked at my budget, I couldn’t figure out how I was going to cut enough expenses to make much of a difference.  But after thinking through the options, there were a lot of small changes I made that added up quickly.

Negotiated with the Cable Company

You would be surprised at how much is negotiable.  All it takes is for you to pick up the phone and have a friendly conversation with the phone rep and explain how you really like their service but explain how it’s getting too expensive and you’re considering switching to a competitor.

I used Comcast back then, but even today they still offer a cheaper intro package for a year that starts increasing each year afterwards.  Most people don’t pay attention to the bill, but it increases each year at a very high rate.

All it took was a phone call to Comcast and they magically discovered a different intro plan that I qualified for.  I was able to lower my cable bill by almost $60 a month.

Find Creative Ways to Save Money

Certain expenses you can’t avoid.  Things like utilities, rent, groceries, and clothes.  But there are many creative ways to save money on expenses.  For example, you might be surprised at how easy it is to get free gas.

Rather than go to the store to make purchases, you can shop online to save extra money.  In fact, by shopping online, you can use Befrugal or Ebates to save money on Amazon.

Learned how to Cook

I was never a fan of cooking in college, but it just made more sense to buy four chicken breasts with a few ingredients and spices that lasted for 4 meals and cost the same price as 1 dinner at a restaurant.

Besides, I was already paying for the stove inside the apartment, so I might as well use it.

Another simple way to save money is by using Ibotta when shopping for groceries.

Sold Everything I didn’t need

You would be surprised at how much money you can generate from selling your junk on Ebay.  Someone is willing to buy virtually anything that is taking up space in your room.

Over a two-month period, I sold all kinds of junk and shockingly turned it into nearly $400 which I used to repay debt.

I figured if I had to take a part time job on the weekends and one night a week, it might as well be something that was fun.

I managed to find a part-time job at a private golf club, which not only was a fun job, but allowed me to network with other people working in finance while earning quick money in a day.

Used My Tax Refund to Pay Down Debt

Even though a large tax refund means you’re giving the government free money, it does provide you with a lump sum that lets you reduce your debt by a psychologically meaningful amount.

When I didn’t have enough money to pay back the full credit card payment during the year, it always felt like the leftover money I had really didn’t make much of a dent in my debt.

So when I used my full tax return to pay down debt, at least it felt like I was taking a meaningful chunk out of it.

Figured Out a Long-Term Plan to Earn More Money

The steps I took to get rid of credit card debt did work, but I had to stick to that plan for almost a year.  If I wanted to prevent this from happening again, I needed to figure out how to increase the income side of the equation as well.

Initially, I was aggravated at the bad luck of graduating in a bad job market.  But when I looked at it a little differently, it was really a blessing in disguise.

Because the job market was so bad, it forced me to find ways to work harder and smarter.  So I constantly thought about ways that I could stand out.

The most logically way for me to do that was spend time learning about the financial industry and figuring out what could make me more marketable in job interviews.  In financial services, there are multiple credentials that can help you standout including the Chartered Financial Analyst (CFA) designation, a Certified Public Accountant (CPA), and a Certified Financial Planner (CFP).

Based on the direction that I wanted to go, I chose the CFA designation.  It wasn’t an easy process, but forcing myself on a budget to pay down credit card debt and fighting through a bad job market taught me the self discipline and perseverance to pass all three levels of the exam.

Acorns vs Robinhood vs Digit

Financial Analyst Insider is a participant in the Amazon Services LLC Associates Program, an affiliate advertising program designed to provide a means for sites to earn advertising fees by advertising to and linking to Amazon.com and affiliated sites.
Scroll Up