Simple Guide to the Best Litecoin Wallet in 2020 - Financial Analyst Insider
This article may contain affiliate links to products from one or more of our advertisers. Click here for our Advertising Policy.
1 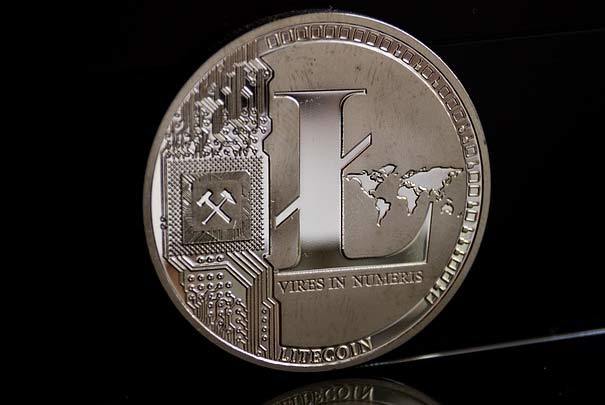 Simple Guide to the Best Litecoin Wallet in 2020

Litecoin is a cryptocurrency which uses blockchain technology to enable peer-to-peer and cryptocurrency exchange transactions without third-party oversight. It was created in 2011 using the same open-source code as its more famous cryptocurrency cousin Bitcoin.

Like Bitcoin, Litecoin is mined, and has a finite supply; there will only ever be 86 million Litecoin in circulation.  In order to securely store Litecoin, you need an appropriate wallet.

Compared to Bitcoin, however, Litecoin (LTC) enables faster transactions and can handle more transactions at once, which makes it easier to use as a currency. Litecoin is currently trading at a much lower value than Bitcoin, but is still one of the top 5 cryptocurrencies.

Litecoin supports quick, low-cost international transactions without the need for trust between transacting parties. In addition to its use value as a functional currency, many investors have begun to use it as an altcoin to diversify their cryptocurrency holdings.

Why would you need a Litecoin hardware wallet?

Digital currencies are not physical objects. You use a private key to access their location and manipulate them, rather than physically possessing them. A cryptocurrency wallet provides a platform through which you can access your account and send the coins you own.

Even if you plan to hold your Litecoin as an investment and not use them for transactions, you will need a wallet to securely manage your coins. Cryptocurrency wallets can be completely internet based, software based, or hardware based.

The less connectivity the wallet has with the internet, the more secure it will be. For that reason, this article focuses on hardware wallets, which plug into your computer much like a USB thumb drive.

Hardware wallets are securely programmed devices which create an isolated, offline environment for your private keys. They protect your information by storing your passkey offline and never exposing it to your computer, which could be vulnerable to keylogging and remote-control hacking attempts.

The wallets are usually small enough to be transported easily, but processing transactions through them can be time consuming. For that reason, they are typically considered a relatively “cold-storage” option for those planning on holding their Litecoin for a long time.

How does a Litecoin wallet work?

Regardless of whether your wallet is internet, software, or hardware based, your wallet enables you to access the Litecoin you own. In addition to providing an interface through which you can manage Litecoin, your wallet does the following things:

After you authorize a transaction, it is stamped with a digital “signature” which can only be recreated with your own private key. That signature is broadcasted to the entire network, which verifies that the transaction has occurred. Hardware wallets “sign” transactions offline.

Instead of verifying the transaction online using the private key, they verify your identity offline and then broadcast that that verification has taken place. This creates an extra layer of security by avoiding concealing your private key even from your own computer.

There are several models available on the market, and they range in price, durability and user-friendliness, all important factors to consider when you decide to invest in a hardware wallet. The three most reputable hardware wallets, and their accompanying pros/cons, are described below.

The Ledger Nano S wallet is about the size and shape of a thumb drive, and currently accommodates the highest number of cryptocurrencies, including Bitcoin, Ethereum and Litecoin.

Its developers have historically been the most responsive to new currencies as they “fork.” It’s highly durable and portable, and since it closely resembles a USB thumb drive when folded, it is also inconspicuous.

Instead of a computer, the Ledger Nano runs on two microchips. The initial version had no screen, which made manual verification impossible, but the Nano S has added a small screen, which greatly enhances its security.

The Nano S also has two small buttons which can be cumbersome to use. Some users don’t like the limited storage space, and it limits you to using four currencies at one time.

The Ledger S software requires Google Chrome, and it has limited compatibility with some processing systems. However, if you plan to invest in multiple coins down the line, and don’t plan to have a huge account, this is a great, relatively inexpensive wallet option.

The Trezor  One was one of the first hardware wallets on the market. It has a hard-plastic exterior and is a bit larger than the Ledger Nano S.

The Trezor looks somewhat like a large car key fob with a small screen and two buttons. It also supports many different cryptocurrencies in addition to LTC, though not quite as many as the Ledger Nano S.

The small screen allows you to manually confirm transactions, and it uses a pin code and a 24-word recovery seed to keep your wallet both secure and recoverable in case of a lost pin.

Currently, the Trezor is more expensive than the Ledger Nano, but it also offers more storage space.  The Trezor uses open-source software and has also historically responded well to currency forks.

Trezor wallets support multiple passwords and unlimited “wallets.” This is potentially extremely useful, since if compelled to reveal your password for any reason, you could give a temporary one while avoiding revealing your true private key.

The Trezor also has a reputation for being more compatible with different operating systems. It’s slightly more conspicuous and less “sleek” than the LedgerNano, but still portable. Overall, it is a highly reputable, reliable and user-friendly option.

The Keep Key is larger than both the Nano and Trezor; it resembles a modern external hard drive and has a screen covering one entire surface.

The KeepKey is known for being particularly sleek and user-friendly. It uses an additional security card feature which requires you to physically look up a key with every transaction, and its larger screen allows you to use a cypher as a recovery seed, which produces less data leakage than other options.

The Keep Key uses the same open-source software as the Trezor, but different hardware. Like Trezor, the Keep Key is a small computer, and its accompanying software allows quickly shifting between different cryptocurrency wallets within the same interface.

KeepKey includes a larger display screen with a more readable font compared to the Trezor.

Keep in mind the KeepKey is larger, heavier, and seems more fragile than the first two wallet options.

However, the KeepKey also seems to be the most user friendly, and includes a very attractive, sleek, design. If you are new to hardware wallets, and/or intend to “park” your wallet in one place, this might be your best option.

All three of these wallets offer additional security and user-friendly interfaces. Put simply, hardware wallets allow you to confirm your identity and process transactions without making your cryptocurrency accounts vulnerable to common hacking tactics.

The wallets function as offline computers, allowing you to complete Litecoin transactions without ever putting your private key online in any form. Regardless of which you choose to use, always keep a backup of your passwords in an offline location where only you (or your heirs) could possibly access them.

Litecoin is a relatively new offering; while there are a few other wallets on the market, it is likely safest to stick with one of the three industry giants until another company can reach the level of reputability within the community.

The Ledger Nano S, Trezor, and KeepKey all offer peace of mind and functionality; which is best for you is partly a matter of your individual situation and preferences.