How to Spend Cryptocurrency in the Real World - Financial Analyst Insider
This article may contain affiliate links to products from one or more of our advertisers. Click here for our Advertising Policy.
1 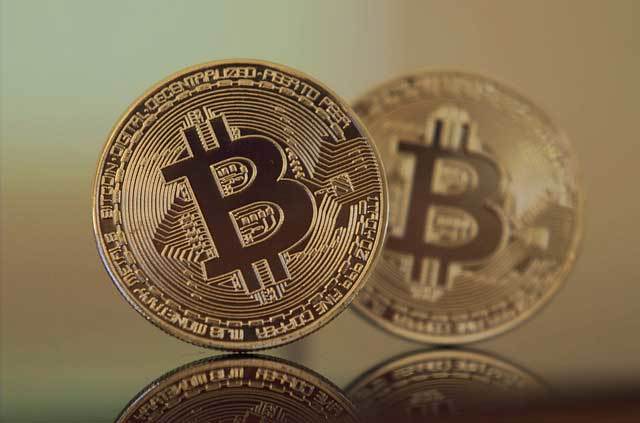 Bitcoin piqued the interest of investors worldwide after its meteoric increase in value during 2017. However, holding Bitcoin as an investment item is just one of many ways it can be used.

A decentralized cryptocurrency, Bitcoin was designed to function like a traditional currency without the need for banks or national treasuries to regulate transactions.  Bitcoins and altcoins are actively traded via online cryptocurrency exchanges located around the world.

Many people spend cryptocurrency just like regular money, but there are also several other potential and actual uses for both Bitcoin and other top altcoins like Ripple, Ethereum, Dash, and many others.

Though many of the other commonly described “potential” applications for cryptocurrency sound like futuristic speculation, it is certainly possible to use Bitcoin and other currencies in a real, everyday sense today.

This article will give an overview of how Bitcoin (and a few other up-and-coming altcoins) can currently be spent in real world transactions.

Fees and Why They Matter

Bitcoin transactions are broadcast to the entire network and verified into “blocks” by miners. Bitcoin ASIC Miners are essentially computers which compete to identify and make these blocks; they are rewarded for doing so both in Bitcoin “bounties” and through fees that users pay per transaction.

Bitcoin has a finite supply, and the reward per block decreases over time.  This means that miners increasingly rely on the fees paid per transaction.

In late December 2017, there was a sudden spike in transactions which caused the average fee per transaction to leap from a few cents to over 35 dollars per transaction; it has since decreased due to better processing time.

This matters to someone trying to spend Bitcoin because fees can be variable depending on how big your transaction is and how fast you need it to happen.

Fees influence not only your buying power, but fees also influence how likely companies are to begin accepting Bitcoin payments.

Using Bitcoins directly this way requires a bitcoin wallet. While wallets can be hardware or software based, this article assumes that you use a software-based wallet for making purchases.

Keep in mind you won’t need a Litecoin wallet or other altcoin specific wallets to hold different types of cryptocurrency.  Most bitcoin wallets allow many different cryptos to be stored in a single wallet.

How the Crypto Wallets Work

Wallets, generally speaking, provide a secure way to make purchases and receive payment through the use of private and public “keys.” They also estimate the fee required to complete the transaction for you.

At stores which accept Bitcoin, it is typically very easy to make purchases from a Bitcoin wallet.

We have outlined the steps below for a standard bitcoin purchase transaction:

Because of the volatility of Bitcoin and its relatively high transaction fees, brick-and-mortar stores have been slower to accept Bitcoin.

However, in the stores which do accept coins directly, the process typically works a lot like the Cash app or other smartphone banking apps.

Vendors generate a code for you to scan, which then interacts with the wallet on your phone to make the transaction.

You can find a map of businesses accepting cryptocurrency in your area on sites like coinmap. Larger cities typically have many vendors directly accepting bitcoin; in more rural areas, your mileage may vary.

Using an Intermediary: Bitcoin Gift Cards and Pizza for Coins

One way around the issue of merchants not accepting Bitcoin is to use intermediary apps or cards which exchange Bitcoin for fiat currency for you.

A similar method is to purchase retail gift cards for any major store using cryptocurrency which can then be redeemed online or at brick-and-mortar stores. Gyft and eGifter both allow you to do this for stores such as Amazon, Walmart, Target, and many others.

Another common way to use Bitcoin is through a pre-loaded debit card such as Wirex, Xapo, or Bitpay.

When you use a debit-card, you are not transacting Bitcoin directly, but rather storing coins with the card company. The debit card company confirms the balance rather than actually making the transaction in the moment the card is swiped.

The obvious advantage of such cards is that you can use them to make purchases at any store anywhere in the world where cards are accepted.

The merchant receives payment in their currency, and your bitcoin balance is deducted. They make great alternatives to travelers’ checks when used this way, and enable you to potentially live your entire life transacting only in Bitcoin.

If you’re transacting only lower amounts of currency, some cards do not require ID-verification, making them more anonymous than regular cards.

On the other hand, they also add the middle-man back into the equation, re-centralizing your cryptocurrency. Companies are vulnerable to shifting legislation, and there is always a chance that your cards could stop working without warning.

Some people believe that removing the peer-to-peer aspect of Bitcoin defeats the purpose of decentralizing by returning to a centralized mediator, while still subjecting users to the volatility of unregulated currency.

For example, in January of 2018, VISA abruptly stopped supporting cards. It is still unclear whether VISA’s supported cryptocurrency debit cards will go back online, or how shifting international regulatory tides will affect cryptocurrency both as a whole and through applications like debit cards.

However, debit cards do provide a very convenient, low-cost, and quick way to use Bitcoin at the majority of establishments worldwide.

What about other Cryptocurrencies or Altcoins?

Bitcoin holds the advantages of being the first and most visible cryptocurrency. However, it’s also slow and cumbersome and doesn’t provide complete anonymity.

Some younger alternative coins (or altcoins) address these issues or aim to solve completely different problems.

Other coins have used blockchain technology to depart from the financial use value of Bitcoin to offer other services which are potentially even more revolutionary.

For example, Golem and Sia allow people to make calculations or run tests using massive data sets without using up all their processing power.

Ethereum, the next biggest coin after Bitcoin, can be used to set up “smart contracts” such as managing an escrow, making a financial contract, or setting up a public bounty for solving a problem.

While these applications are all pretty cool, they aren’t yet user-friendly enough for the average person to access their full potential.

It will realistically take several years before many of these coins make good on their idealized functions. For now, likely the best use of cryptocurrency is as an investment, to hold on to as companies continue to experiment, grow, and innovate.

What are some ways I can use them today?

The actual use value of cryptocurrency for you depends on your situation; someone trying to avoid rampant inflation in Venezuela has very different needs from someone interested in investing on the ground floor of an exciting technological development.

However, in addition to investing, here are some ways you could use cryptocurrency in the real world:

All of these options are fully achievable with cryptocurrency technology as it currently exists.